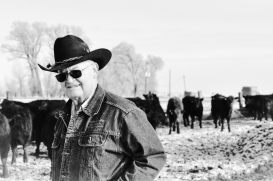 In 1940, Harry Smalley, of Mosca, Colorado, began raising registered Angus, while still running a well drilling and threshing business.  He ventured into Angus at a time when Hereford's were the choice breed.  He continued to grow his herd with the help of his son, Harvey.  In 1965, after years of hard work, Harry turned the business (Smalley's Angus Ranch) over to Harvey.

Realizing there weren't many Angus in the San Luis Valley, Harvey found it hard to find good Angus bulls to grow his herd with.  That's where he found artificial insemination, and realized he was able to improve his cattle program--which is exactly what Harvey has always put first.  Year after year, he has developed pathfinder cows.  Through the help of his wife, Sandy, and their three girls (Kim, Tandi, and Skeeter), Harvey was also able to provide quality Angus bulls.  He prides himself on "what you see is what you get!" -- never "fattening" or "pushing" his bulls.  This has insured great performance from the bulls for their buyers.

In July of 2014, Harvey and Sandy decided to hang their hats and retire.  After so many years of hard work, they knew that they wanted to find someone to take over who had the same passion and drive that they always had.  They hand-picked Cattle Mountain Ranch, owned and operated by Jeremy and Melissa Faucette, to do the job! 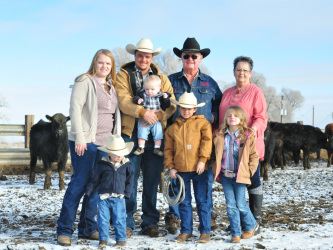 Cattle Mountain Ranch is very honored to continue the legacy that both Harry, as well as, Harvey and Sandy, have built.  And we couldn't do it without the best person by our side, to give us advice, give us more knowledge, and most importantly, encourage us on our journey.  The best man for the job is Harvey!  We are so thankful that he and Sandy are still very much involved in our daily operations.  Jeremy and Harvey work together regularly.  We could never repay him for his time away from retirement to be there for us and help continue the success of this herd!   Through that support, as well as our passion for cattle, we will continue to provide the highest quality of Angus you've been accustomed to the last several decades. 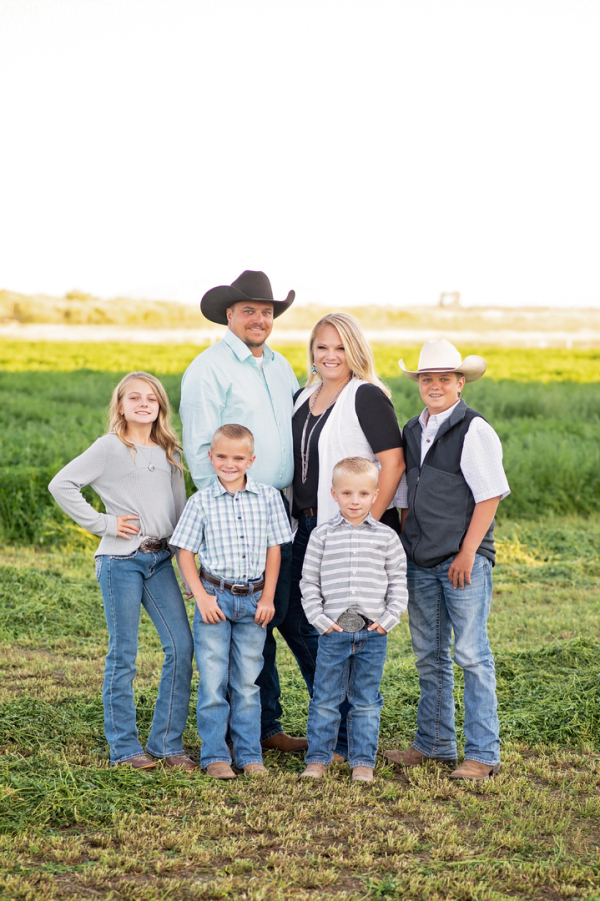 Family is not an important thing.  It's everything.  -- Michael J. Fox

When we (Jeremy and Melissa) got engaged in February of 2006, we could never have dreamed of what our future was to hold!  We were married in May of that same year, and the next decade brought four beautiful children (JD {11}, Makynlee {9}, Justin {6}, and Jaxen {4}) along with so many opportunities!

We went from renting a small home in Manassa to now building our dream home on our farm.  We are growing our commercial herd as well as our Registered Angus, farming alfalfa and grain, and working side by side with Jeremy's parents on their farm, David Faucette Farms.

The kiddos are raised by a hard working dad and a stay at home mom.  We are so thankful that we can take them with us to check on new baby calves, ride horses through fields in the summer, and enjoy time together as a family.  Our Heavenly Father has truly blessed us and each of you are a huge part of that blessing!